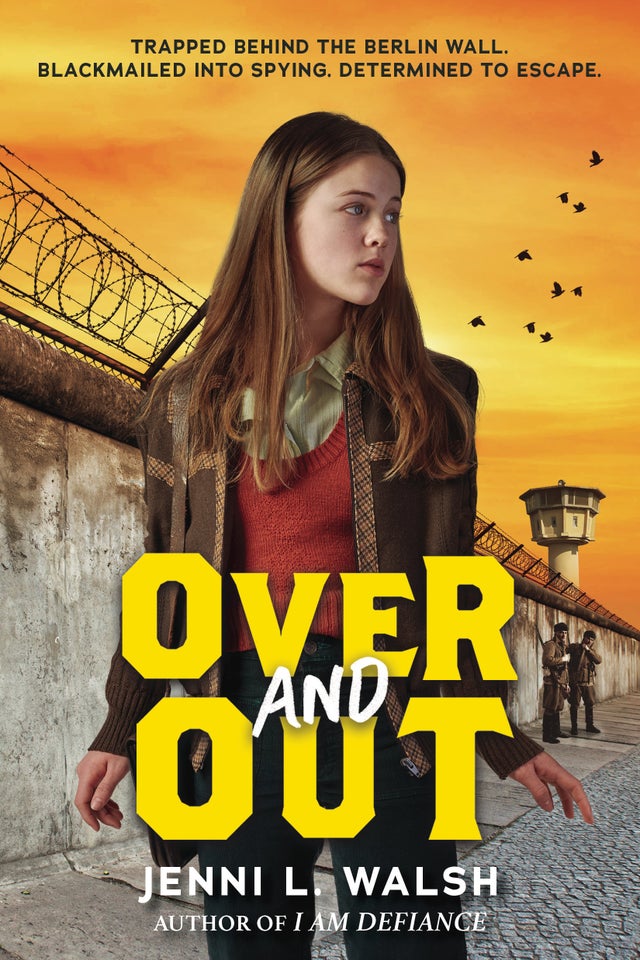 Over and Out (Hardcover)

Perfect for fans of Alan Gratz and Jennifer A. Nielsen, a gripping and accessible story of a young girl from Cold War East Berlin who is forced to spy for the secret police... but is determined to escape to freedom.

Sophie has spent her entire life behind the Berlin Wall, guarded by land mines, towers, and attack dogs. A science lover, Sophie dreams of becoming an inventor... but that's unlikely in East Berlin, where the Stasi, the secret police, are always watching.

Though she tries to avoid their notice, when her beloved neighbor is arrested, Sophie is called to her principal's office. There, a young Stasi officer asks Sophie if she'll spy on her neighbor after she is released. Sophie doesn't want to agree, but in reality has no choice: The Stasi threaten to bring her mother, who has a disability from post-polio syndrome, to an institution if Sophie does not comply.

Sophie is backed into a corner, until she finds out, for the first time, that she has family on the other side of the Wall, in the West. This could be what she needs to attempt an escape with her mother to freedom -- if she can invent her way out.

Jenni L. Walsh, author of I Am Defiance, tells a page-turning story of a young girl taking charge of her own destiny, and helping others do the same, in the face of oppression.

Books will be delivered directly to your school.